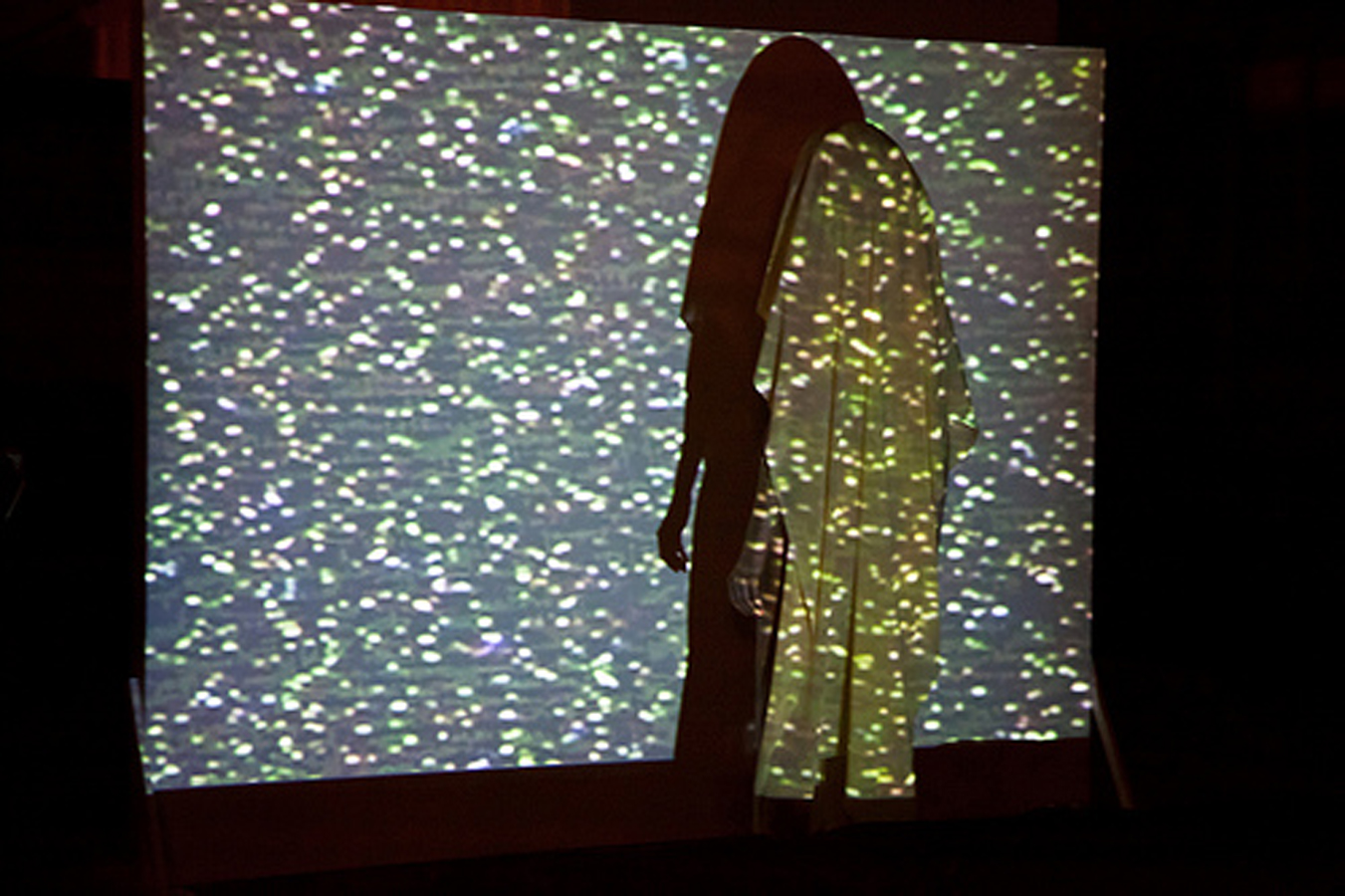 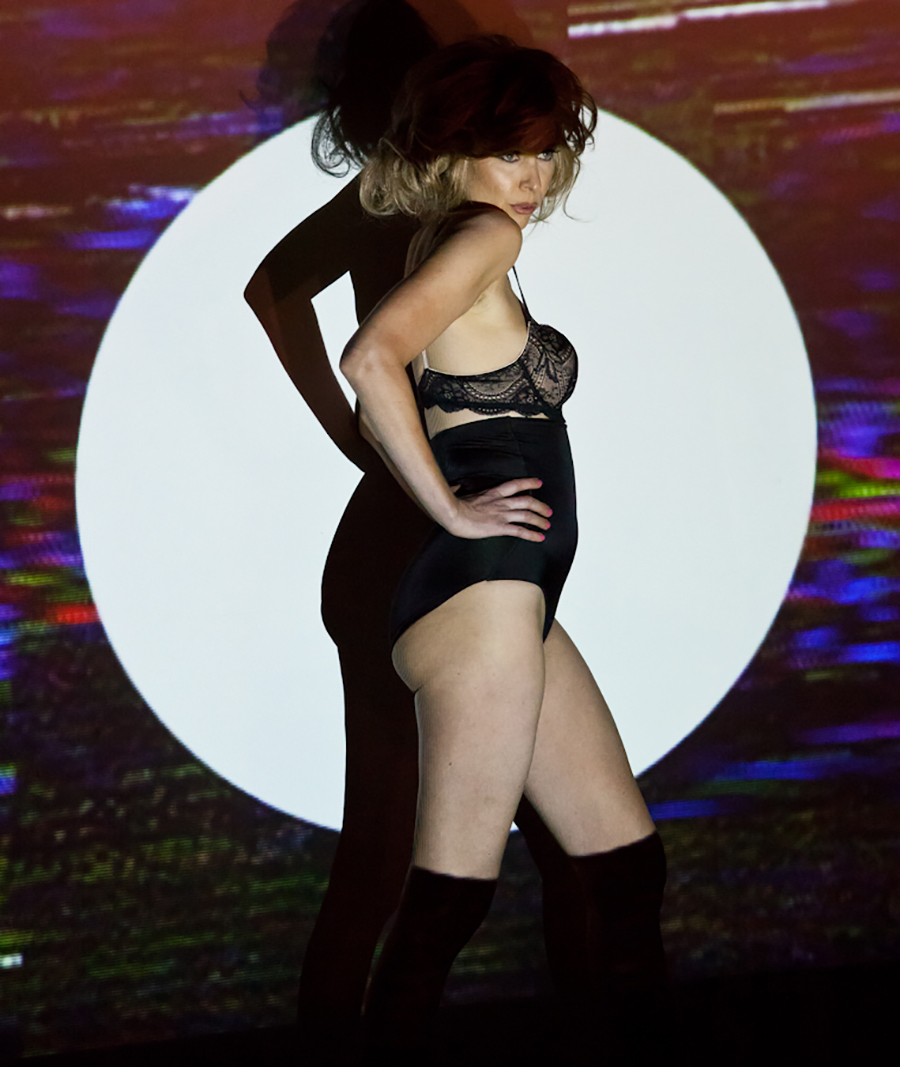 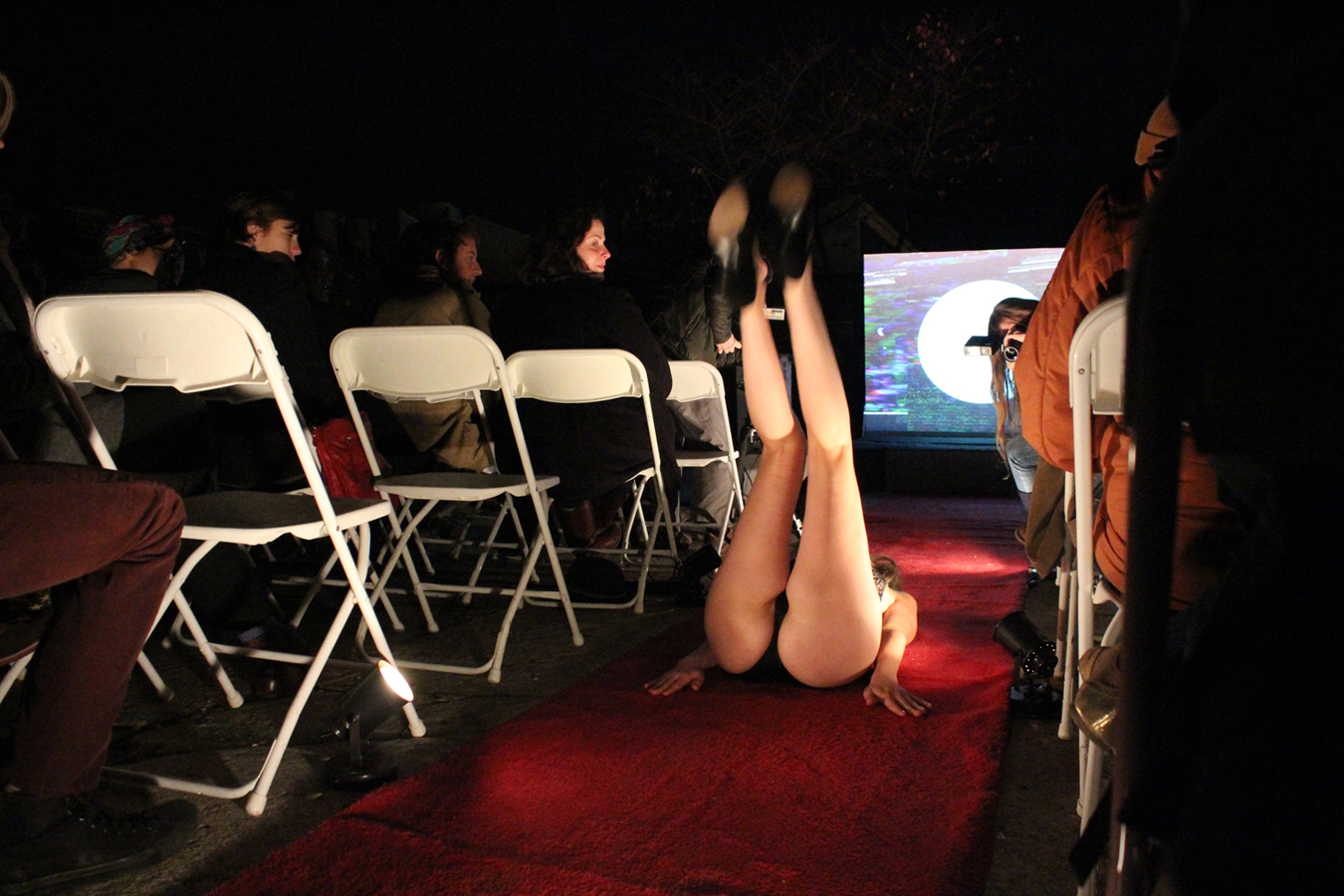 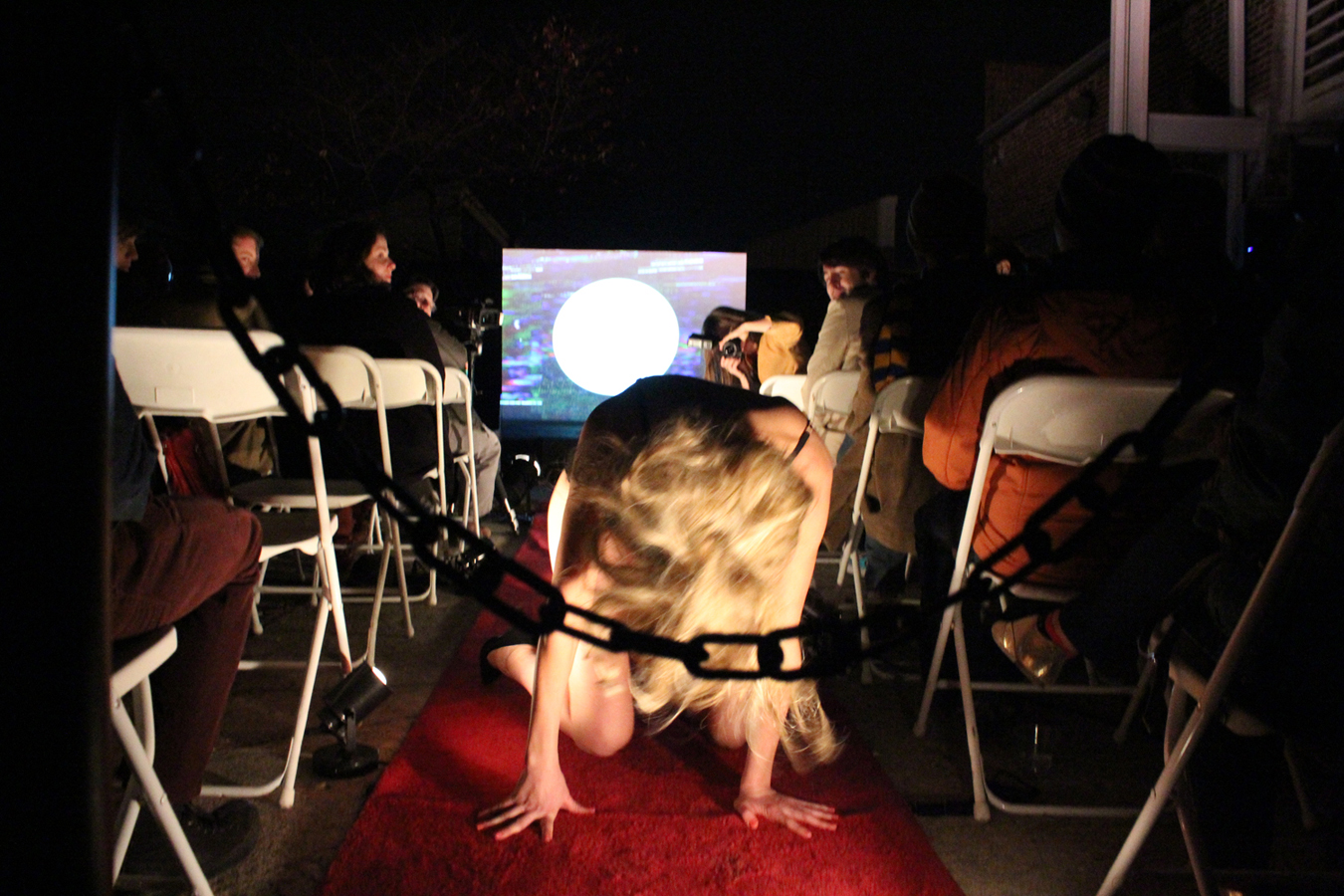 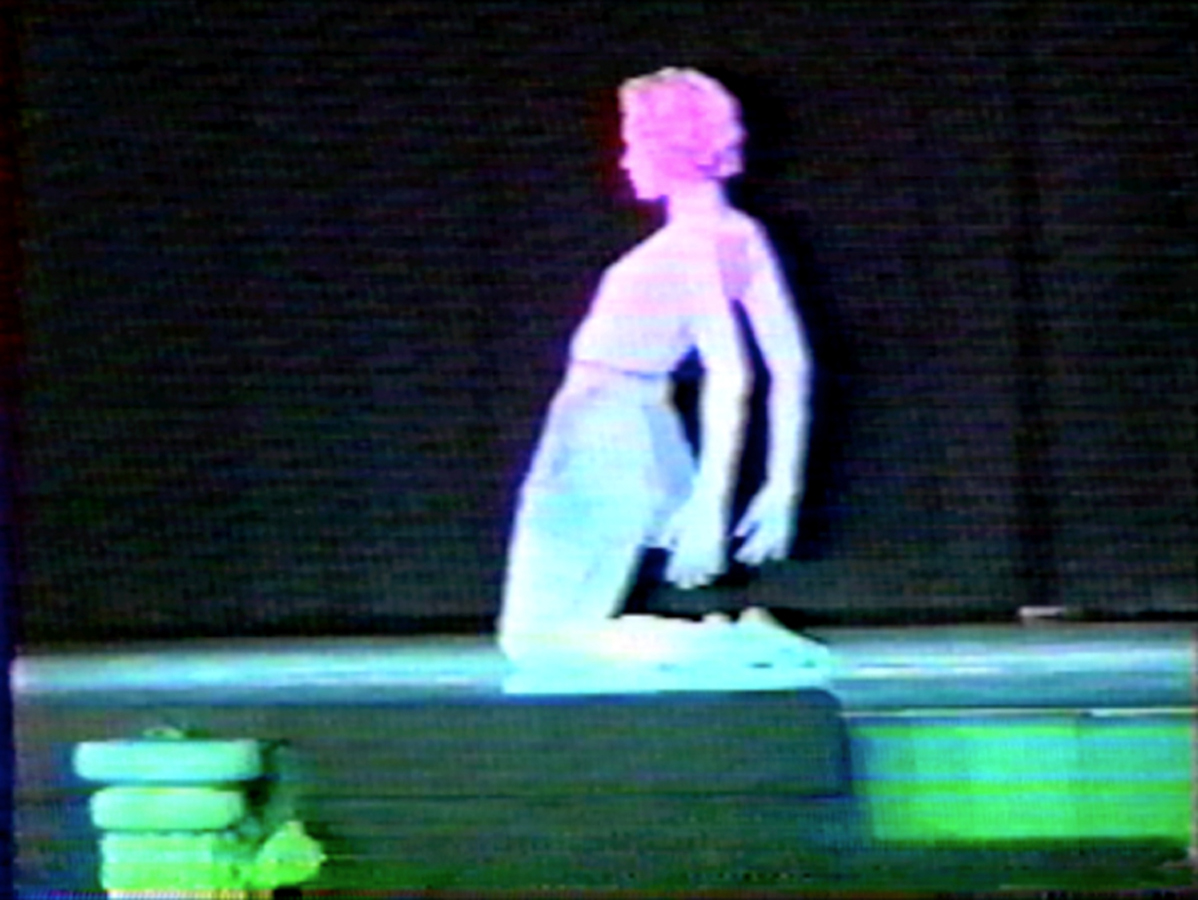 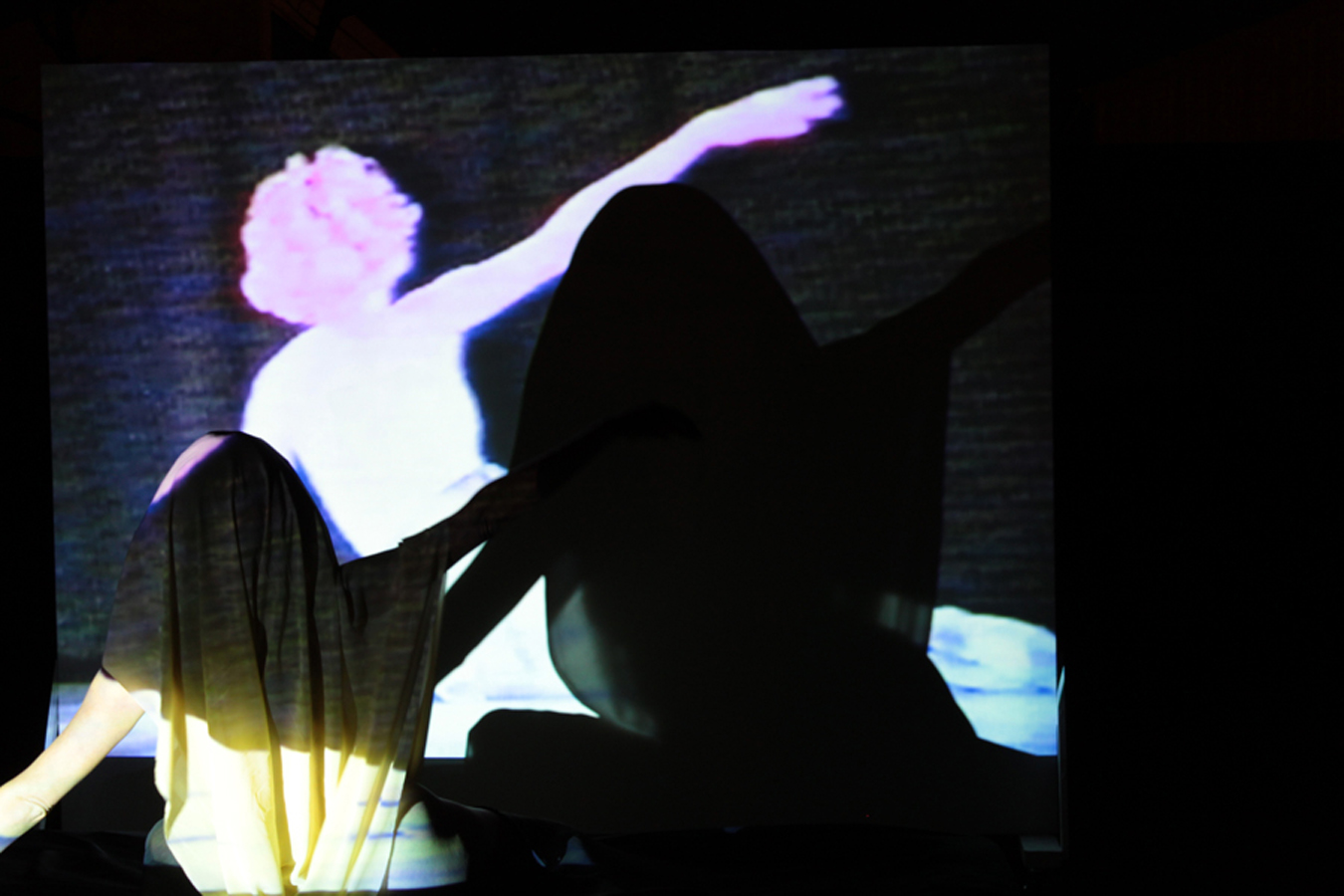 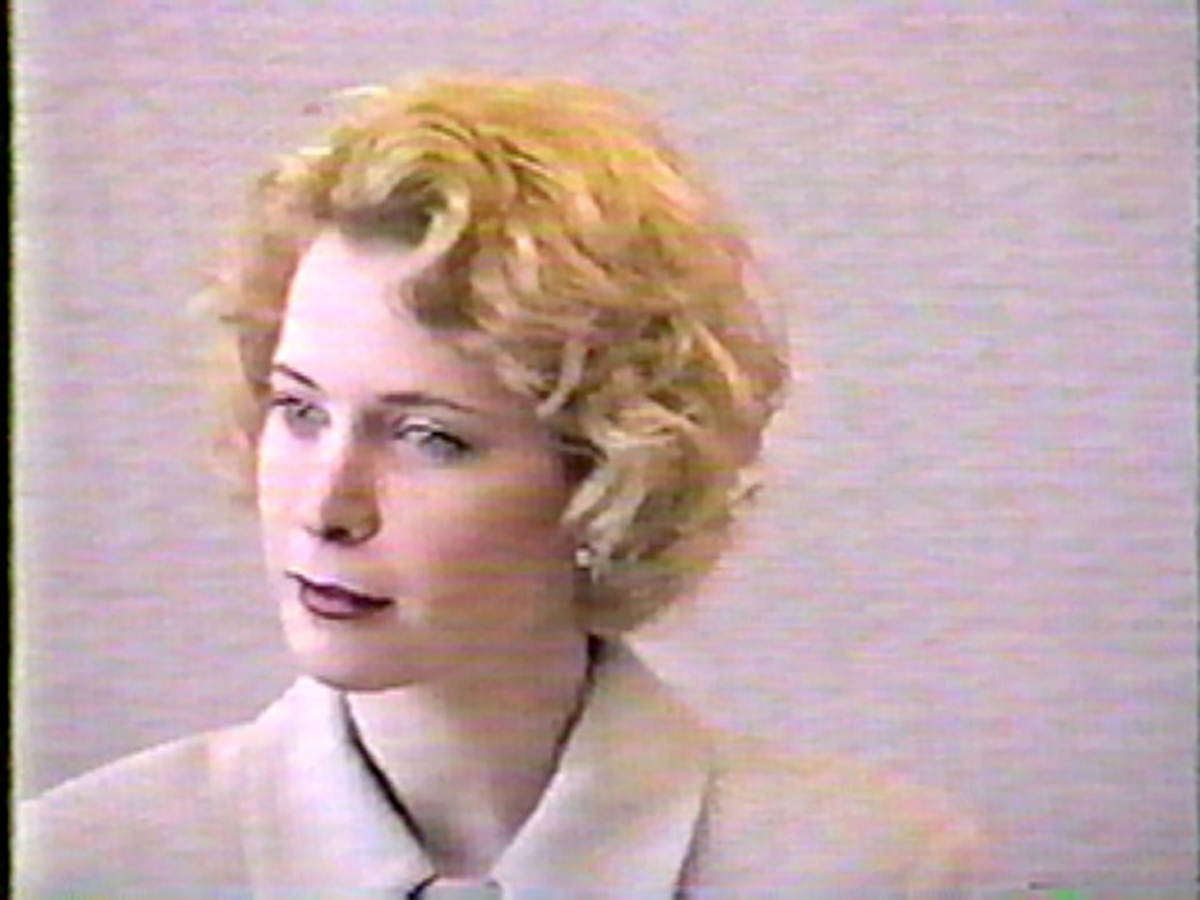 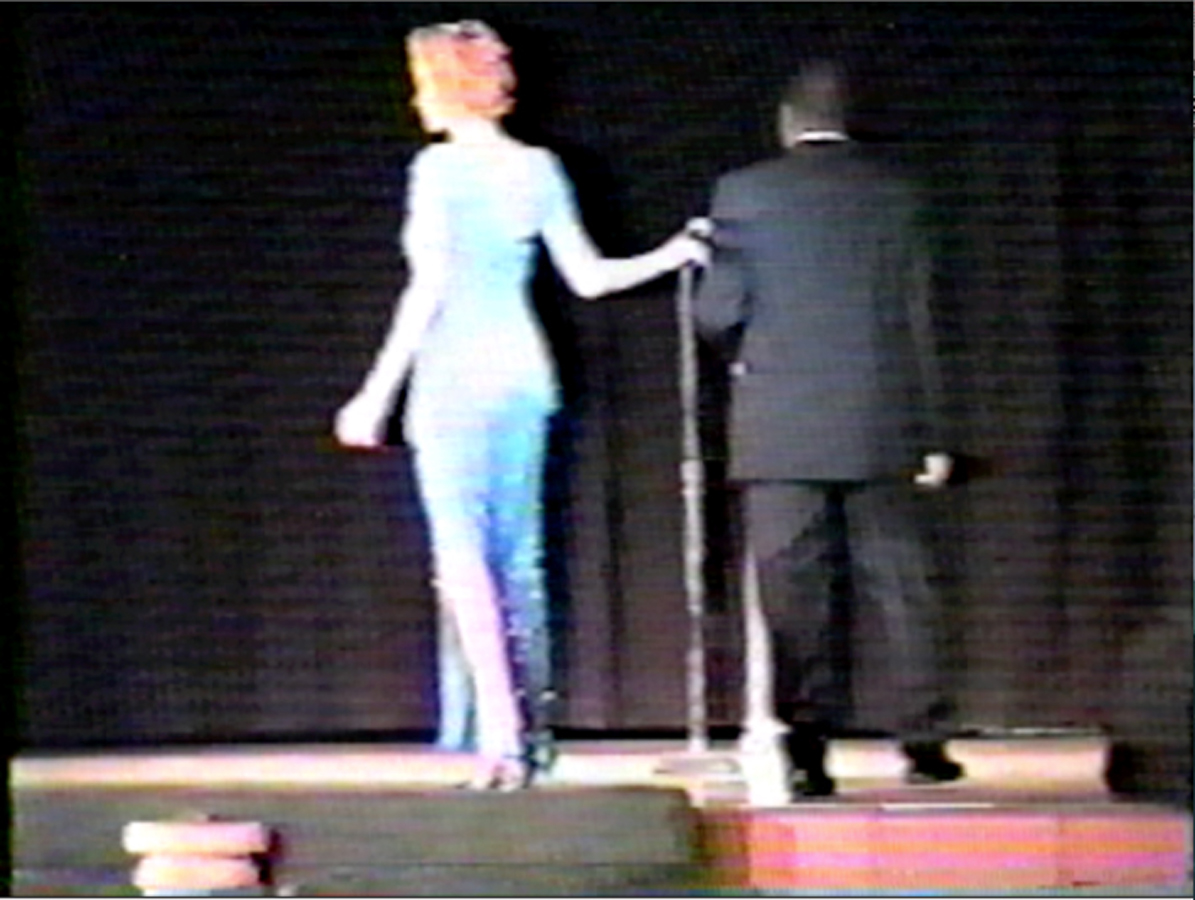 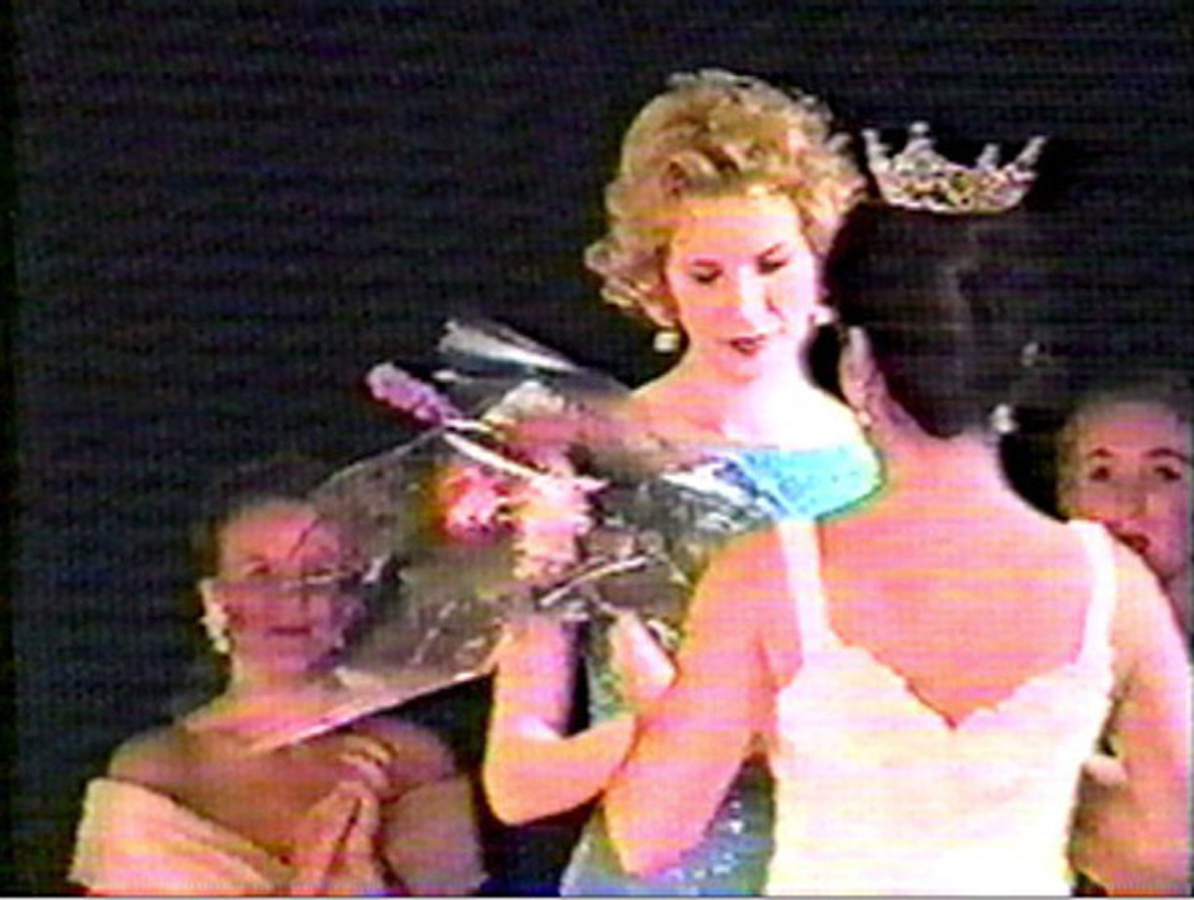 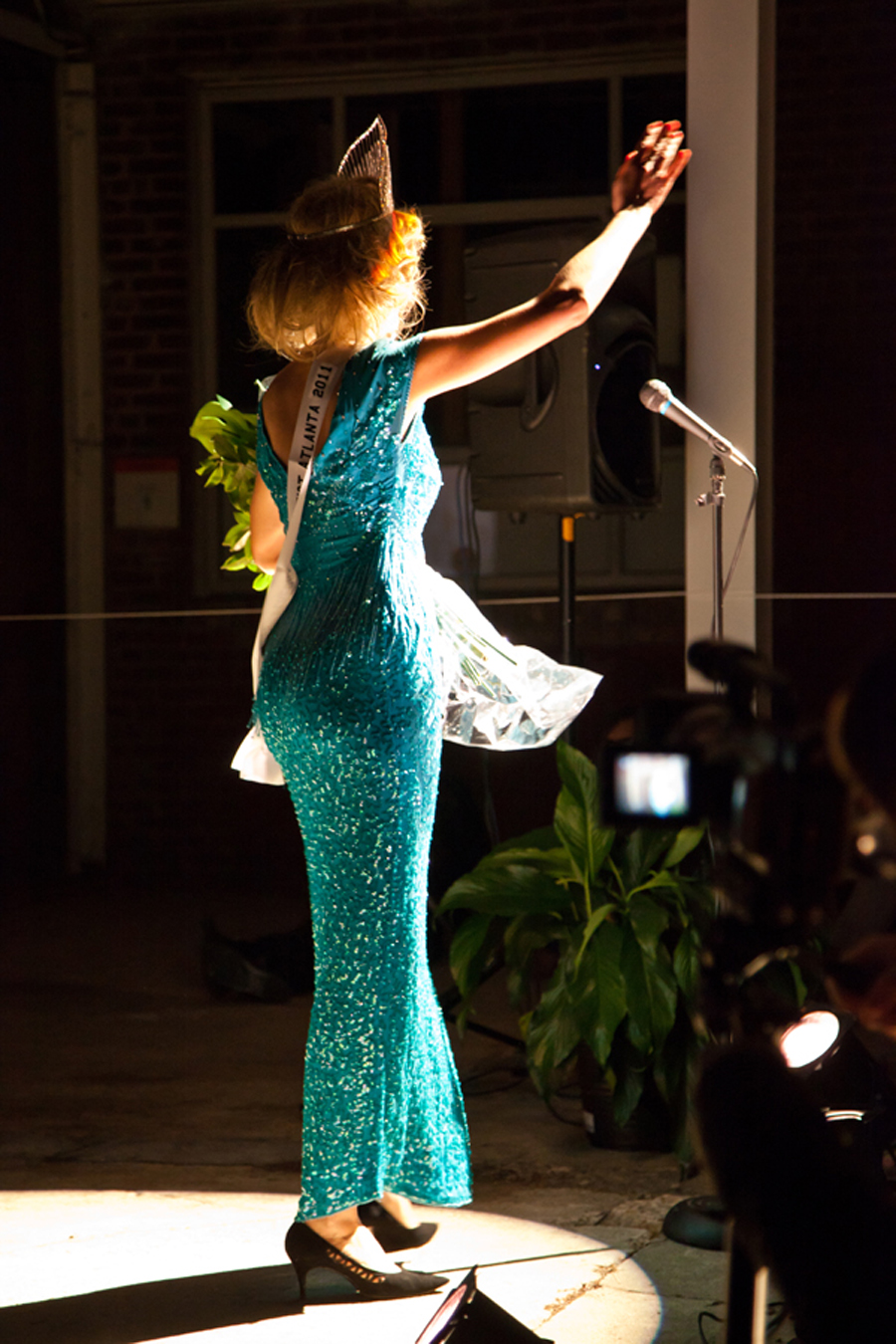 Mitchell underscored that her participation in the pageant in 1996 was a carefully orchestrated performance, and that revisiting the event demonstrated two aspects of a single person, the Kirstin Mitchell of 1996, and Kiki Blood’s 2011 interpretation of that moment. Likewise, the audience for Contestant #12 helped recreate Mitchell’s earlier performance by filling the role of jury, consciously or not, making witnesses an essential part of the process. Ultimately, Mitchell intended for Contestant #12 to be more than a revisiting of her personal history, but an analogy for the nature of performance art, a medium which straddles the public and private, and which exposes the artist, and not solely the work, to judgment.

It was embarrassing both in its subject and quality, but depicted a public trial, one that could be called my first proper performance piece.

Rachel Kreiter: You’re from Atlanta, but spent time out of state at school and in New York before returning. You’ve also spent significant time abroad. Why did you come back to settle and practice in Atlanta?

Kirstin Mitchell: I call Atlanta home. Many of my significant milestones are here, the stages of my life. My family lives here. I know how to avoid traffic, where to eat, where not to go. The weather is quite nice seasonally and with being sentimental, all of these things play well for me here. And, I consider myself a peach.

RK: Have you noticed the art scene here shift or evolve in any significant way over the past, say, 10 years?

KM: Yes. I believe there are some thoughtful people and groups both creating the works and creating the landscape. As a younger group of patrons and DIY subgroups make way, progressive works are popping up and more challenging pieces made available. I have seen three of my mentors of performance art here: Marina Abramović, Karen Finley, and Laurie Anderson. Recently, Stuart Horodner showcased Sex Drive, which featured a soft-porn montage, re-edited by the son of the main female star. I found this pushing at some of what is considered a limited topic in the South, artfully speaking.

I suppose the question “What is art?” will always balance on the boundary of any given scene’s answer. Atlanta has some great substance for this question.

RK: Is there any way in which Atlanta influences your practice?

KM: Absolutely. The freedom and limitation of Atlanta play significantly in my process. I am in dialogue with the things around me and this includes society, my own inner dialogue, my scene, the internet, pop culture, and history. Being Southern never really escapes me, even with traveling and the desire to find the avant-garde. Knowing this has liberated me. I find pleasure not in escaping myself but in finding out more, my own limitations, my own sense of freedom.

RK: What made you decide to go back to an event that took place in 1996 for Contestant #12?

KM: When [Love Like a Devil’s Handshake curator and participant] Jonathan Bouknight invited me to be in the show, I had already been crafting certain ideas, evolutions from my past work. I was thinking about private versus public. I am sure this came out of my two-year break from performing. I spoke with Jonathan about this private-versus-public idea and the video was lingering in my palette already. The video from the 1996 pageant was both public and private at the same time. It was embarrassing both in its subject and quality, but depicted a public trial, one that could be called my first proper performance piece. Weighing this against my present self would create a great deal of exploration.

RK: What do you think the worth of this performance should be to someone who doesn’t know you personally and doesn’t share in your specific history/memory?

KM: I suppose there are two opposing options here. One, being experiential, where the audience is unlearned and is emotionally or intuitively connected to the experience. Two, the audience is learned and knows the history of my work and purpose and perhaps the scope of this genre.

I work in layers, and offer many ways to engage: emotionally, primally, visually, and conceptually. Ultimately, I anticipate a love/hate relationship.

KM: Jonathan ultimately curated the night. When we individually discussed the project, there was a real delight in our understanding and inspiring one another. This carried into several dinners we had at each others’ homes, which seemed to influence a union, one besides a literal collaboration. Jonathan and Brian Hitselberger are both great thinkers and dinner makers.

RK: Would you ever perform Contestant #12 again? In what contexts? What, if anything, might you change about the performance?

KM: If I performed #12 again I would definitely change things about it. As in life, I see my materialized work in motion. The learning and reflection is still happening. The outcome was more about the pleasure of competition. There are many things associated with competition that are of interest to me, like, not winning or giving up, fear, and camaraderie. I opted for winning, as it brings a sense of arrogance and American dreaming. I noted the arrogance on the back of the sash: BEST PERFORMANCE ARTIST ATLANTA 2011. This was paralleling the competitive nature of the art world here and it was an underlying message within the concept of pageantry.

RK: When we spoke in person, you hinted that whether you won or not in 1996 might be irrelevant today because as the designer of Contestant #12, you have the ability to change the outcome. Do you think the reception of Contestant #12 would have been significantly different if you had depicted yourself losing? What if you hadn’t included an outcome?

KM: I was asked repeatedly whether I won the original pageant. People wanted to know well before the actual event. This question became more relevant to the performance as it evolved. It became the punchline.

I work in layers and offer many ways to engage - emotionally, primally, visually, and conceptually.

Next Previous
You cannot copy content of this page