At Play in the Fields of the Lords 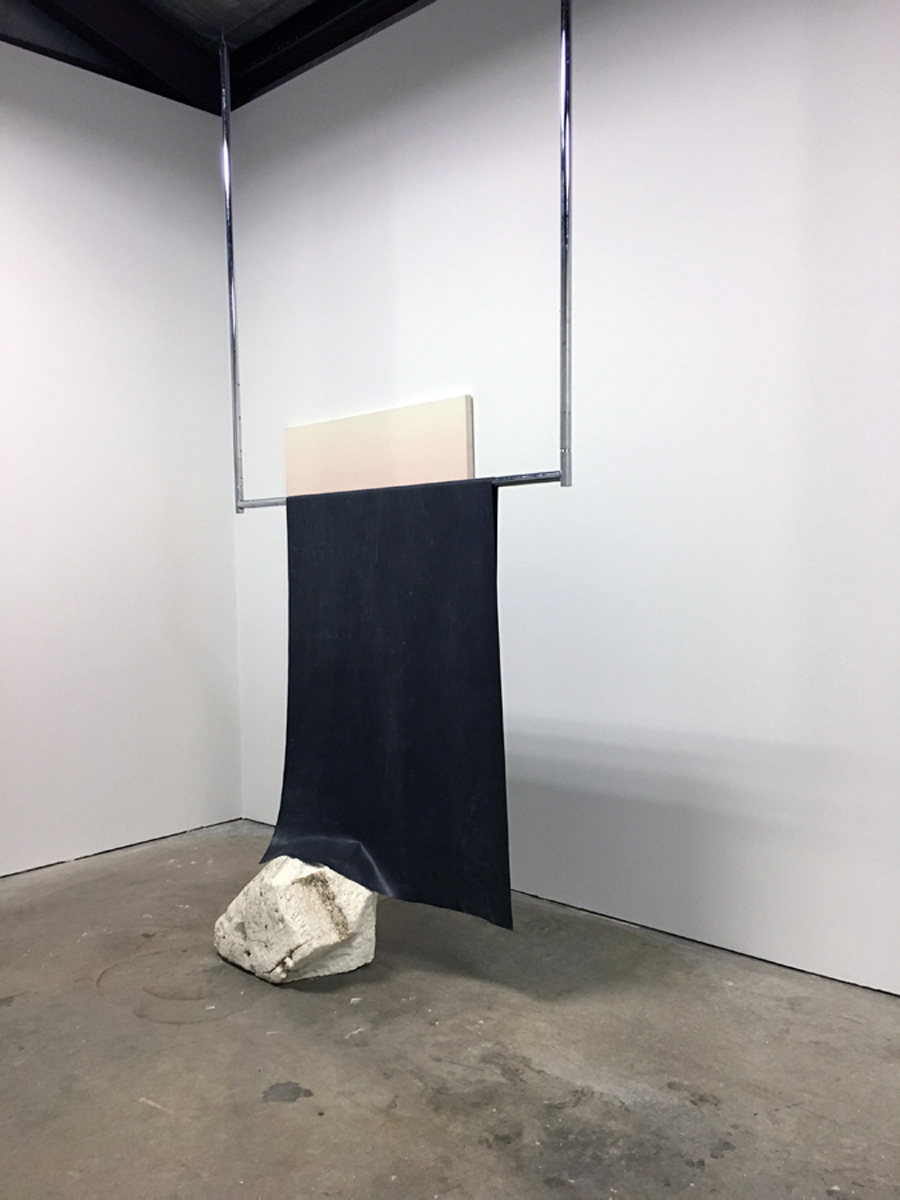 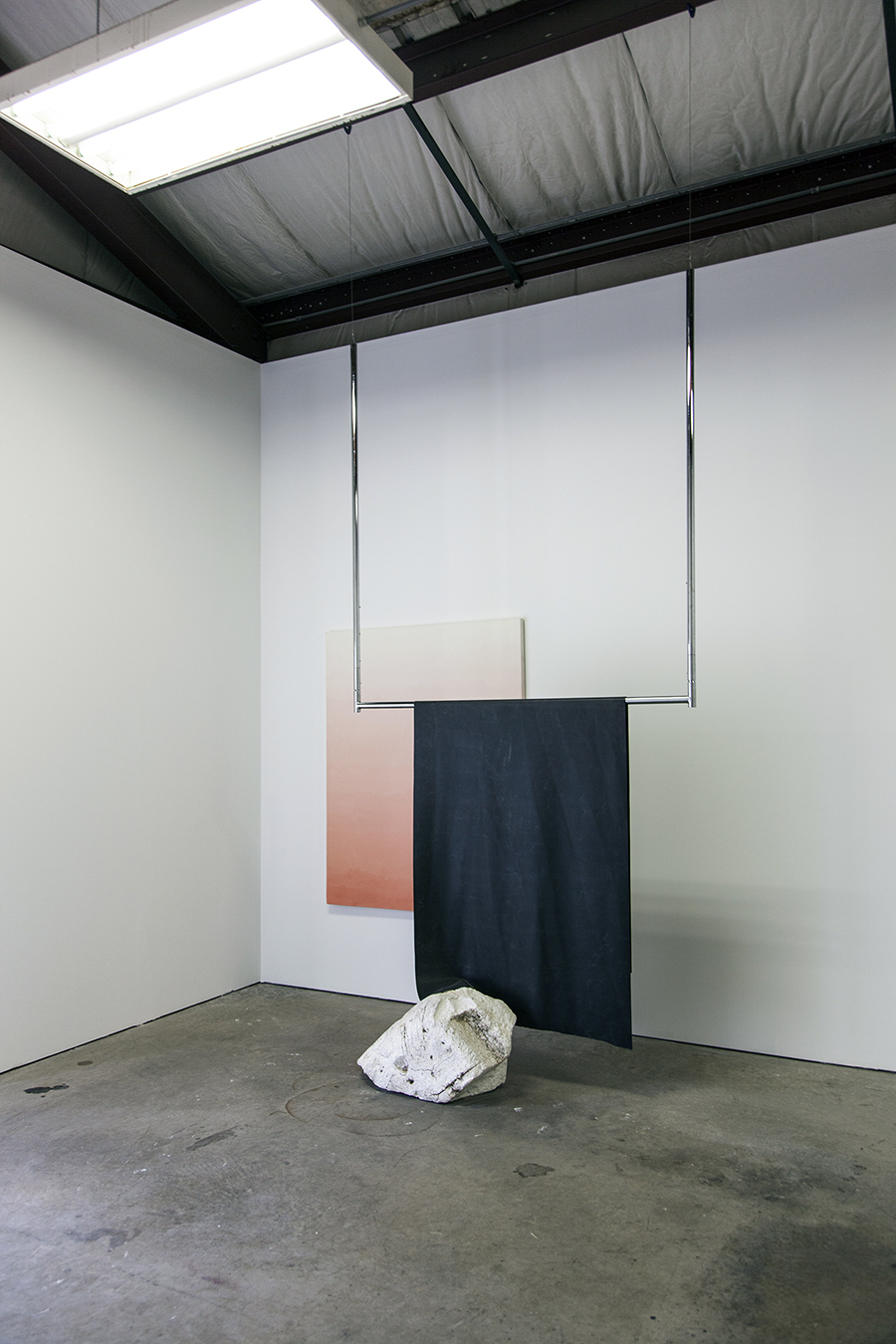 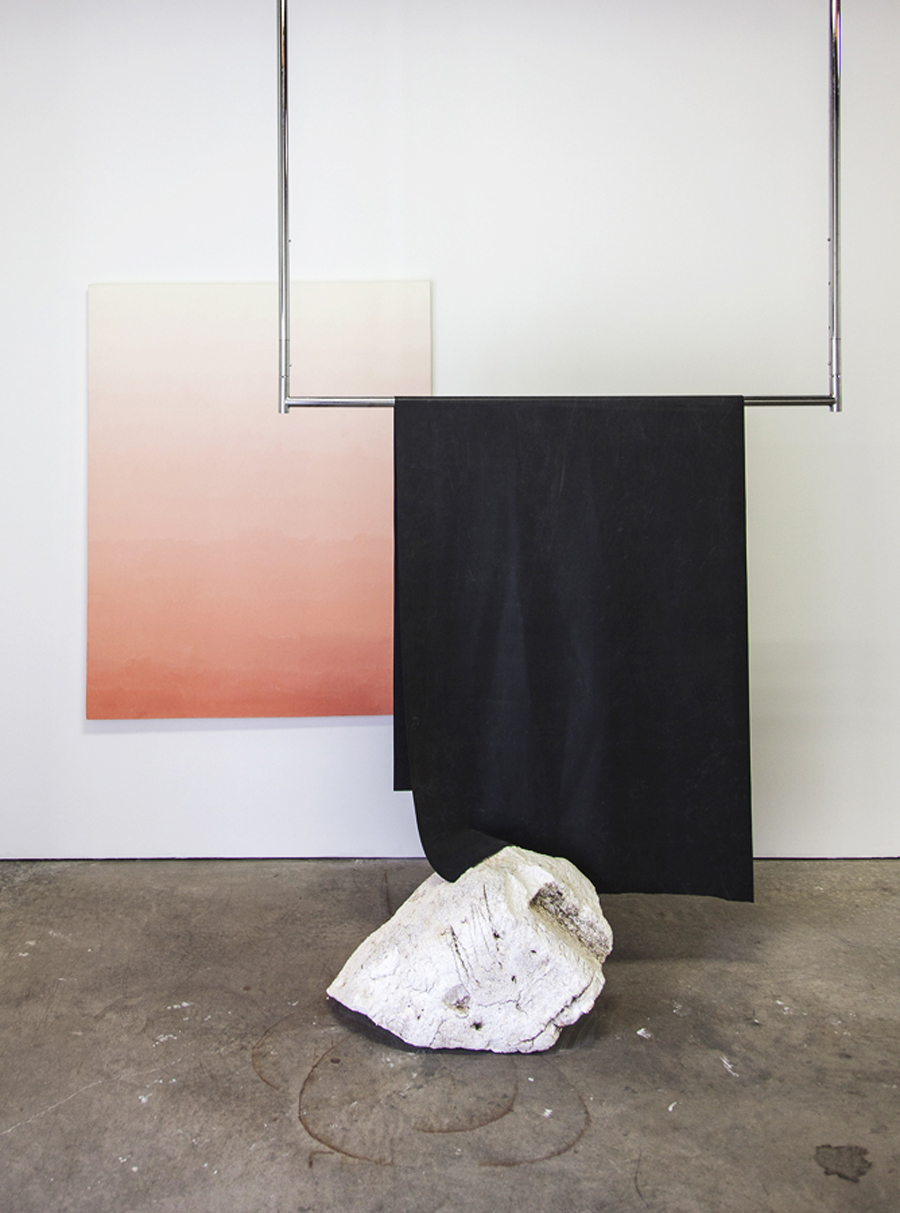 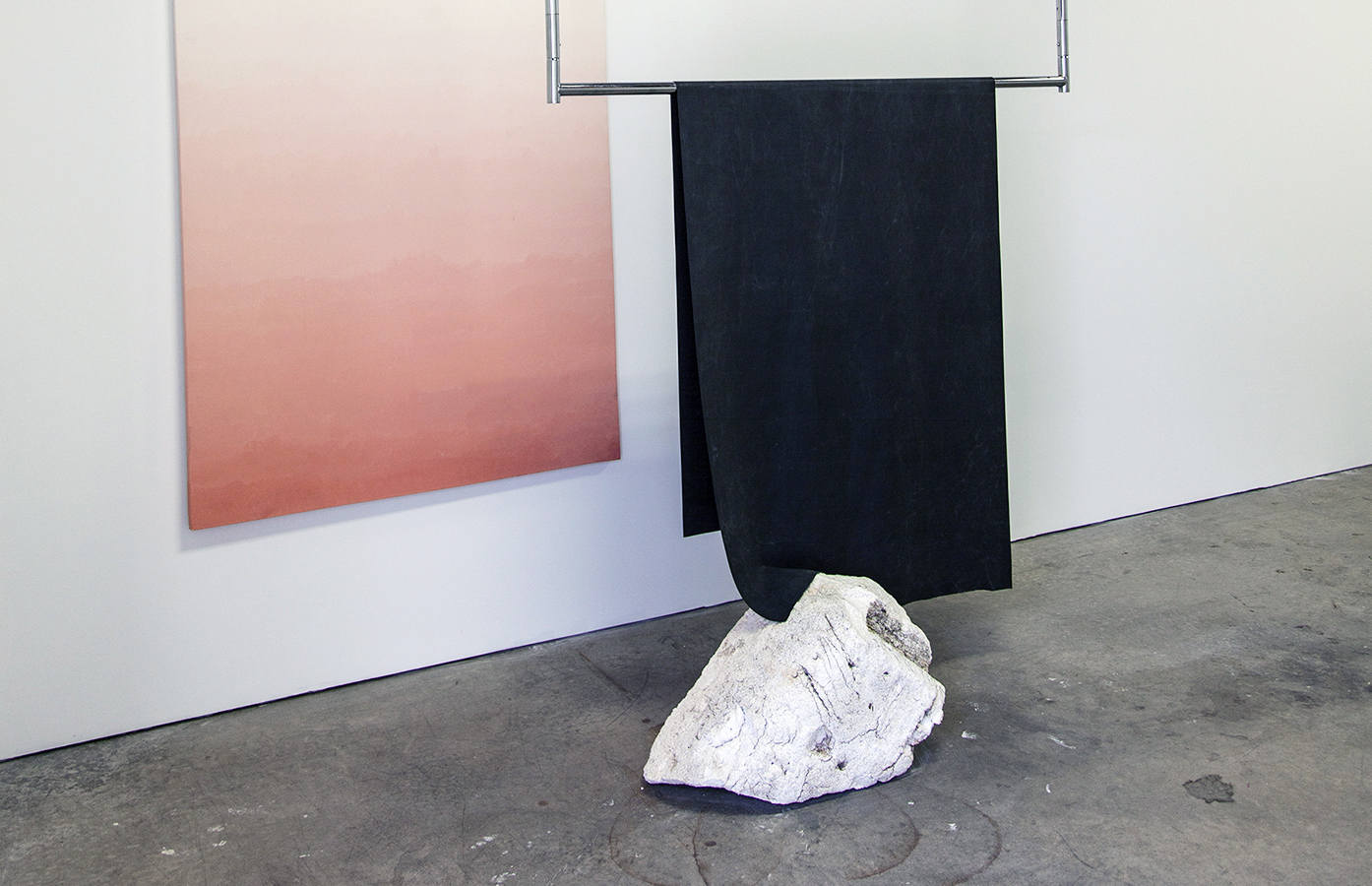 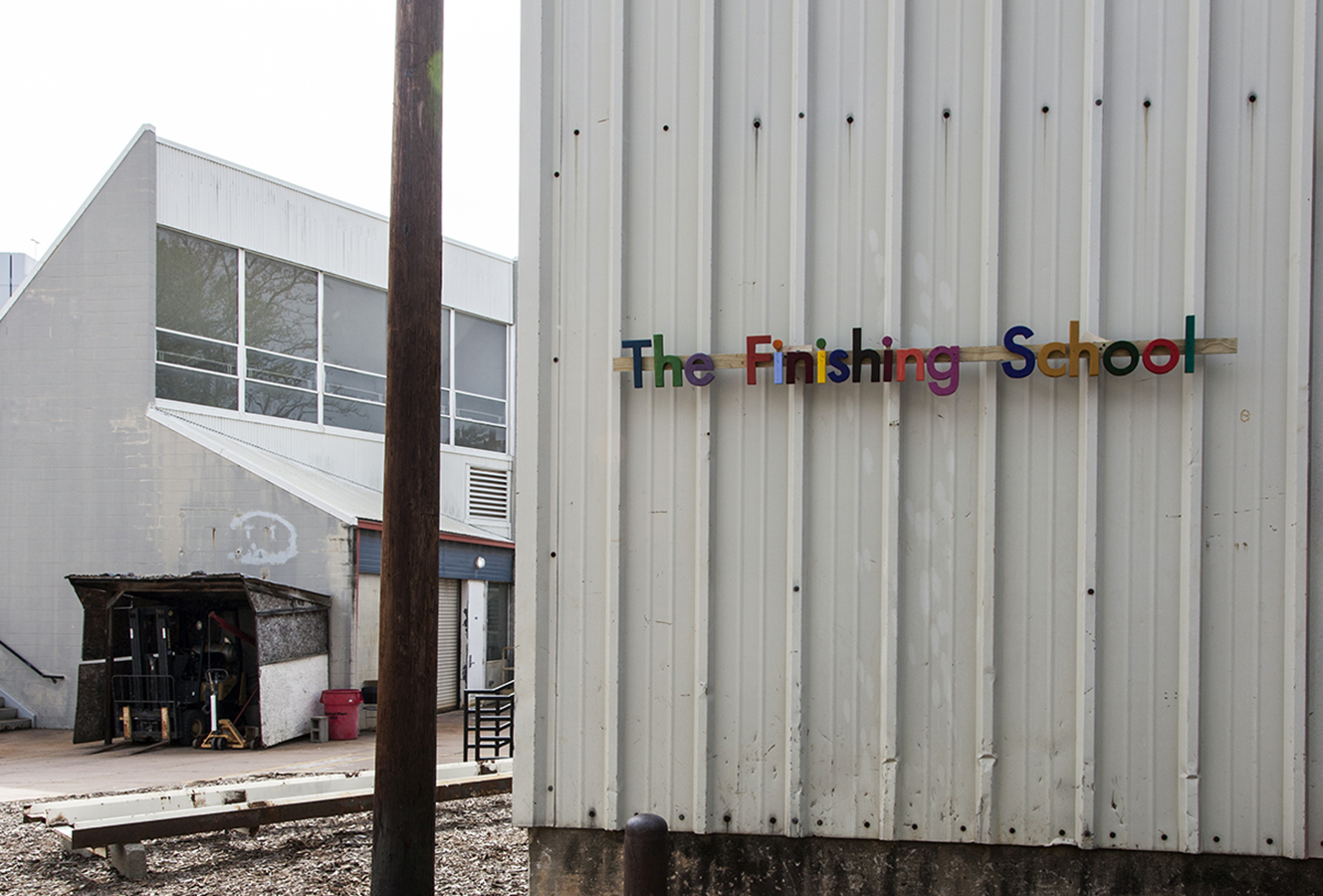 The Finishing School, University of Georgia
2017

In a departure from her performance pieces, such as last year’s Tropic of Gemini, Kirstin Mitchell offers the installation At Play in the Fields of the Lords, which situates three different focal points into a kinetically charged tableau. An acrylic coral gradient on canvas (field) hangs facing a rubber mat draped over chrome bars extended from the ceiling (play), with the edge of the mat just touching a chunk of weathered dock foam (lord).

At Play in the Fields of the Lords provides a glimpse into what Mitchell refers to as a “choose-your-own-adventure” story: a mutable arrangement of objects signifying the artist at work, or rather, at play. The resulting installation is possibly the most gestural work in the show, yet the abstracted bodily presence provides a stimulating contrast with the nearby toiling physicality of (the other two artists). – Burnaway

At Play in the Fields of the Lords plays with the fields usually lorded over by traditional masculinity. 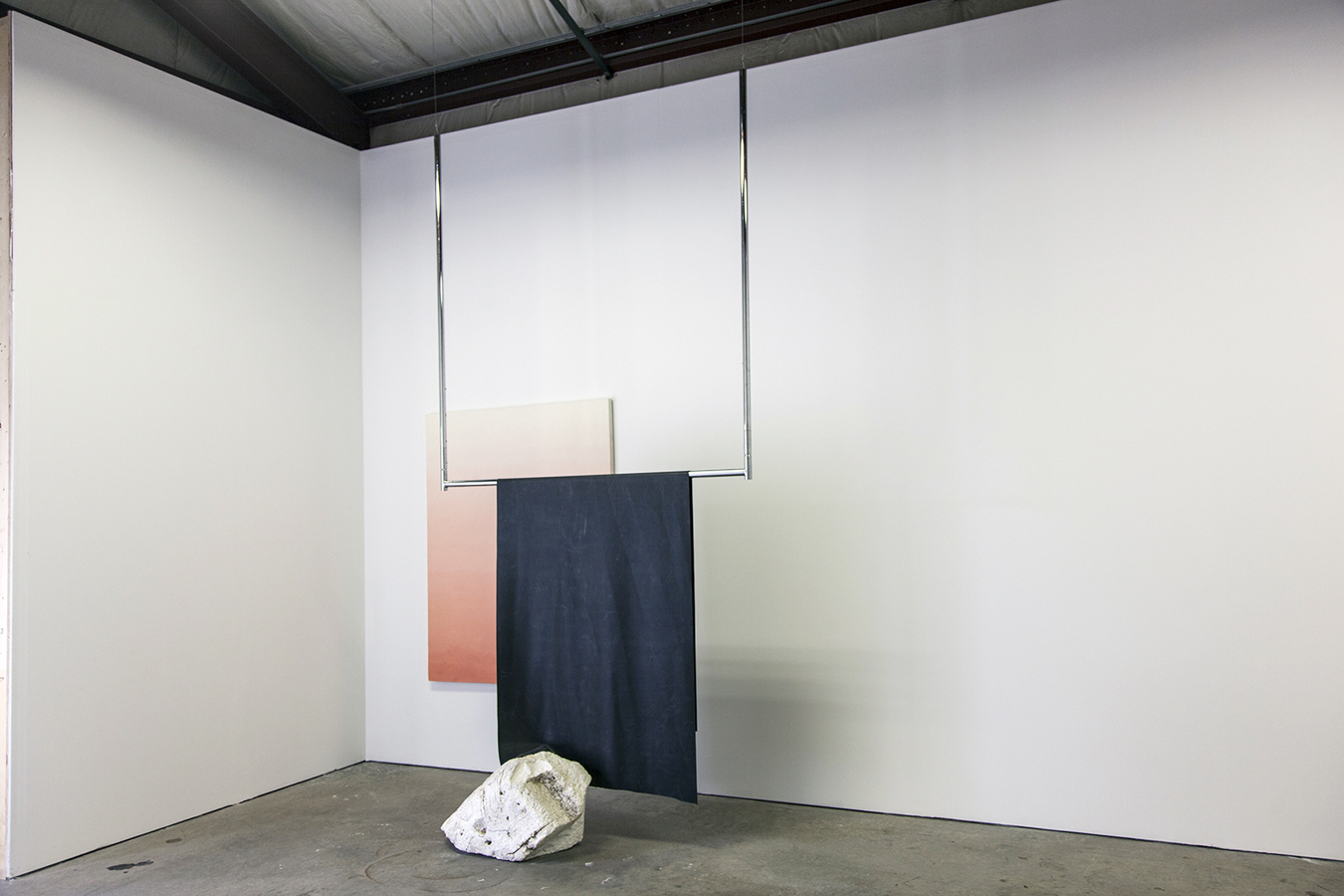 The possible relationships between the three terms of play, field, and lord convey multiple and contradictory meanings, and this itself is a play that undoes the lords who insist the fields all belong to them. This playful displacement of power is utterly serious about the subtle questions of how to find new ways to re-interpret and re-experience a world that has been falsely defined and divided up by traditional economics and traditional politics.  – Jerry Cullum

Parallel Play is a group show curated by Candice Greathouse and Curtis Ames.

Next Previous
You cannot copy content of this page